Cyberbullying in Schools: Prevention and Support

Mallory Grossman was a compassionate, empathetic, and kind 13-year-old girl. Despite her youth, Mallory cared enough to craft and to sell jewellery to fundraise for children with cancer. To her mother, Mallory was “the girl that you hope your children would grow up to be.” On June 14, 2017, Mallory committed suicide. Mallory’s mother will never see her daughter become the fine young lady she was destined to be.

“You’re a loser,” “You have no friends,” and most shocking of all, “Why don’t you kill yourself?” These are the messages that Mallory received online from the girls in her school. These hurtful messages eventually drove a bright young child to her tragic end. Unfortunately, Mallory’s story is not an anomaly. Could we have prevented this tragedy? What else could we have done to support parents and teachers in protecting children from cyberbullying?

Caption: Mallory and her mother posted by @mallorythefilm on Instagram

According to the US Department of Health and Human Services, cyberbullying is defined as “bullying that takes place over digital devices like cell phones, computers, and tablets.” In other words, cyberbullying is an unintended consequence of an increasingly connected world.

95% of teenagers are plugged into the internet, and 59% claim that they have been victims of cyberbullying. These are not mere statistics. Every data point represents a child who could be going through what Mallory experienced in the weeks leading up to her death.

Image by Anemone123 from Pixabay

Cyberbullying and its impact on youths

Cyberbullying embarrasses or humiliates victims, and thus induces emotional stress in children and teenagers. In 2017, suicide was the second leading cause of death among youths aged 10-24. For every child that commits suicide, there are over 100 other children who seek to end their lives. To put things in perspective, cyberbullying may have pushed Mallory to end her life, but 100 other families are still coping with youths who have attempted suicide.

Cyberbullying has adverse effects on children’s mental health. According to Ditch the Label, a global youth charity, cyberbullying in schools caused 41% of victims to develop social anxiety, 37% developed depression, and 26% contemplated suicide (see infographic below). Given the effects of cyberbullying on youths, more ought to be done to prevent children from falling prey to bullies online. 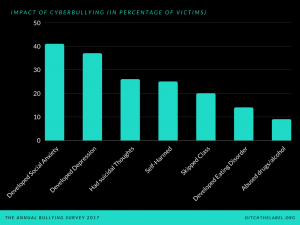 Are current measures to prevent cyberbullying and support educators enough?

There is much uncertainty surrounding the effectiveness of cyberbullying counter-measures in schools. The current approach skews towards educating children, parents and teachers to deal with cyberbullying. For instance, many schools adopt a multifaceted approach that includes talks, audio-visual materials, and fact sheets. These measures seem to emphasise helping victims cope with cyberbullying instead of preventing cyberbullying.

School teachers also cite difficulties keeping up with the frequency of cyberbullying cases. Teachers spend an increasing amount of time investigating and counselling victims of cyberbullying. In doing so, teachers sacrifice precious resources that could have been devoted to curating lesson plans and engaging with students in extra-curricular activities.

Even though much of cyberbullying occurs on social media, radical options such as banning smartphones in schools have also proven ineffective.

Despite all that schools are doing to shelter students from cyberbullying, only 24% of international respondents believe that existing measures are effective (see infographic below). A vast majority of respondents demand more definitive actions against cyberbullying. 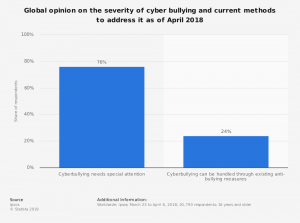 With rapid shifts in technology, schools inevitably struggle with adapting to the latest online trends that youths are obsessed with. An evaluation of anti-cyberbullying school programmes published in the International Journal of Conflict and Violence recommends schools to create “safe spaces and facilities” for children. Overall, researchers also agree that schools need more resources and guidance to counter cyberbullying.

On the day that Mallory took her life, Mallory’s parents approached the school with evidence that Mallory was a target of cyberbullying. After a three-hour conference between the school and Mallory’s family, Mallory left the meeting saying that they only “made it worse.” This incident reveals that current measures are inadequate and in woeful need of revision.

How would The Patatas’ CaseStudy help prevent cyberbullying?

Here at The Patatas, we want to help. We understand how digital tools enhance learning, and we do not believe that e-learning is solely dependent on Internet connectivity.

The Patatas is a Singaporean start-up that leverages technology to solve problems that schools may encounter. To achieve this goal, CaseStudy was designed to operate as a classroom by providing teachers with audio-visual support. 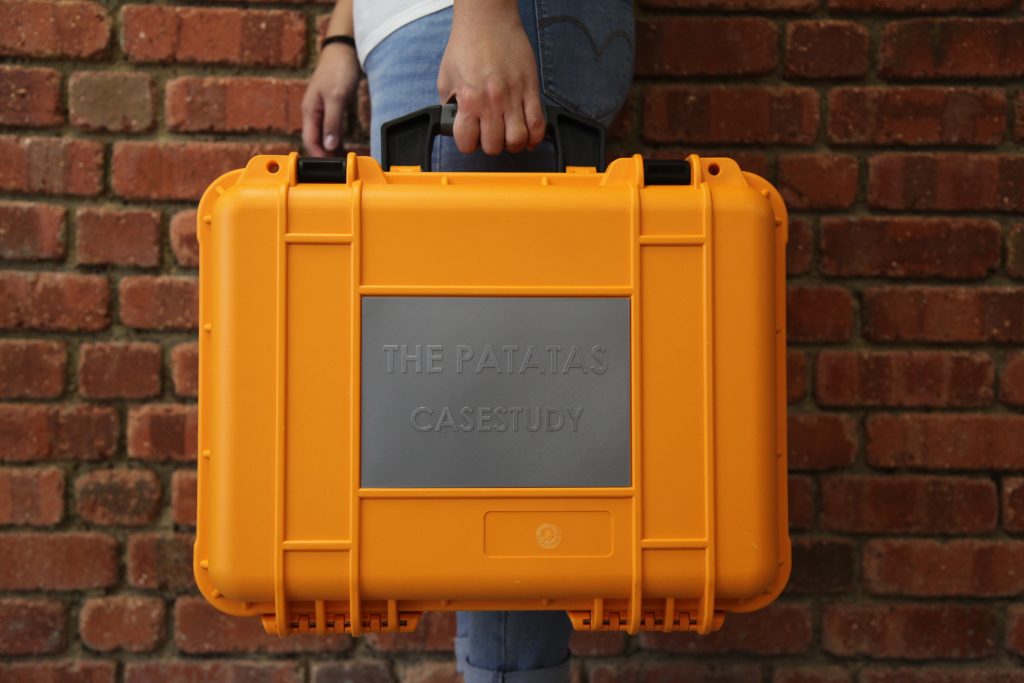 Photo of CaseStudy by The Patatas

Included within this handy, portable case are a portable charger, projector and the Raspberry Pi, a small device that serves as a computer. The Raspberry Pi is a powerful device capable of rendering videos, Powerpoint slide decks and PDFs. The portable projector can then be used to display these multimedia resources to augment students’ learning. 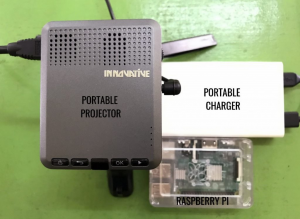 Devices included in CaseStudy. Photo by The Patatas.

CaseStudy has previously been used to bring e-learning to children in rural communities, but it can also be a learning tool in modern classrooms. The best part about CaseStudy is that it does not require an Internet connection to function. Since the Internet enables cyberbullying, CaseStudy can potentially protect children from cyberbullying without forgoing the benefits of e-learning.

As mentioned earlier, schools and teachers require all the help that they can get to protect students from cyberbullying. With mixed results from current measures, we must try all means necessary to fight cyberbullying. The onus is on us as adults to assist schools to create a safe and secure learning environment for students. CaseStudy is one possibility that holds immense potential in lowering the incidence rate of cyberbullying.

The Patatas is committed to supporting teachers and preventing cyberbullying. We recognise the following:

Cyberbullying traumatises victims and their loved ones, leaving emotional scars that are difficult to overcome. Cyberbullying changed the lives of Mallory’s loved ones forever.  Even though we cannot change the past, we can still try and do whatever we can to support all the other Mallorys in the world who may be struggling with cyberbullying. The Patatas is determined to help lower the chances of a similar tragedy from befalling another family. We believe that the danger of cyberbullying is real and avoidable.