It was the first day of school in Afghanistan. Two groups of students had turned up at their respective schools. They were bright-eyed and cheery, excited to be reunited with their friends and to get back to learning. However, one group was sent back, tearful and denied entry to school grounds by the Taliban for reasons they could not control. The difference between these groups, were their gender. The group that was denied was female students. Once again, female Afghan students were denied their right to education, and many returned home tearfully, their hopeful spirits crushed.

This is the reality of female Afghan students. On 23 March 2022, the Taliban sent home hundreds of female students, citing reasons such as the need to create a proper environment and uniforms before allowing them back. The only female students allowed back were primary school students. Many activists and world leaders have called the Taliban out for going back on their promise to continue female education. That these were just excuses to delay and inevitably deny educational opportunities to girls and women.

The news is depressing, as it is reminiscent of the ban from 1996 to 2001. However, there is more hope for this newer generation of Afghan girls and women. With the increase in prevalence of the Internet, activism and media presence, it may be possible to reverse the ban.

The courage of female students

Three days after being turned away from school, nearly two dozen female protestors turned up at the Taliban’s Ministry of Education in Kabul to protest. Many held blue and white signs that had messages demanding their right to education while chanting for the Taliban to reopen schools for girls.

“Open the schools! Justice, justice!” They chanted. Girls and women of all ages, and several men were amongst the protest.

These protests were later broken up by the Taliban. It may be disheartening to hear that and you may wonder if there is any point to even going up against authority of the Taliban?  However, by protesting, these girls and women made their voices heard and showed their dissatisfaction in their denial of education. It sends a message to the Taliban that they knew their rights and were ready to fight for them.

Malala Yousafzai, the winner of the 2014 Nobel Peace Prize for her advocacy for female education in Afghanistan has said

The courage of these protestors brings hope. Though there are heavy punishments for protesting, the girls and women are not deterred. Their courage and tenacity will be the driving force in helping them to regain their rights to education.

With the rising prevalence of technology and the Internet, it may be easier for girls to get their education discreetly. In the past, underground schools such as the Golden Needle Sewing School, were organised to educate girls under the guise of teaching them sewing skills. This group was set up by women writers from the Herat Literary Circle. Girls would attend the “sewing school” to hear lectures from Herat University’s literature professors. It also gave them opportunities to engage in academic discussions and continue their education. The school relied on the children playing outside to warn them if the religious police appeared for inspections. This was highly risky because if the Taliban caught them, the Taliban would prison, torture, or execute them.

Now, with access to the Internet, girls can learn safely from the comfort of their homes. There is a plethora of free educational resources that are highly accessible. Female students can engage in online learning and even discussions with other students, without having to physically gather which could compromise their safety. Online education may also be much more discreet and hard to track the girls’ online learning activities if students use Virtual Private Networks (VPN). 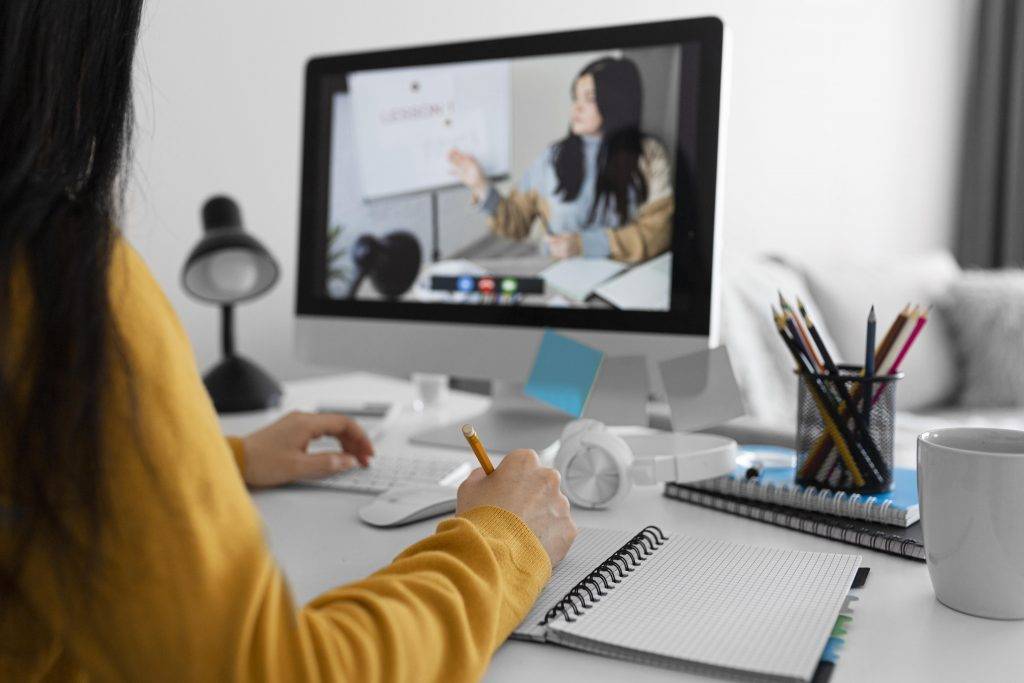 Some universities and schools have even offered courses that are special for girls who lack access to education because of the Taliban. These courses will allow students to graduate with a degree through pursuing their education online. Some charities such as the Bill and Melinda Gates Foundation have also offered scholarships for Afghan female students. However, we need to acknowledge that there is uneven access to technology in Afghanistan and there are still other problems faced like high electricity bills.

Globally, many eyes are on the Taliban after news broke of Afghan female students being denied education. There is high news coverage by many countries which has raised awareness of this issue in many countries. Countries who strongly advocate for human rights have decry the Taliban and looking for solutions to help students. It is also possible that the Taliban violating their agreement with the US may provoke a backlash. Governments all over the world, may pressure the Taliban to revoke their ban. Countries may pressure the Taliban through ways such as cutting off trade with Afghanistan or imposing sanctions. For example, many institutes cut ties with Russian institutes and businesses as a result of the Ukraine-Russian conflict. If countries unite to work together to impose sanctions as a protest, it may cause the Taliban to accede to their requests.

Who are the Patatas?

Here at the Patatas, we are also concerned about tackling education inequality in Southeast Asian communities, who like the Afghan female students, face difficulties in accessing education. We are a social enterprise that has worked with schools in the Philippines such as our CaseStudy project with Tiwala Kids and Communities and have several exciting upcoming projects! Just like the founders of the websites above, we are currently exploring innovative ways to give opportunities to the communities without power or internet to make education accessible to them through technology. If you are interested in working with us, reach out to us!

For many women and girls in Afghanistan, education is a beacon of hope for them. It can help them to escape the oppression they face in a misogynistic landscape or to build a better life. Taking away their education will dash the hopes and dreams of thousands of girls and women. Not only are they key to building a firm foundation for Afghanistan, amongst them may emerge thinkers and innovators that may impact the world. Thus, it is very important that they have access to education. With so many changes in the world — tools for education, global allies and most importantly, the courage of the female students, there is hope that this time the ban will not stay.